TaylorMade is known as the maker of the No. 1 driver in golf and is ranked at the very top tier of brands in the game based on sales, market share, and percentage of PGA players dedicated to its equipment. Products include drivers, fairways, hybrids, irons, wedges, putters, components, as well as clubs for women and children.

TaylorMade has its roots on the professional tour and in the club house, which is the essence of its brand story. In 1979, a golf equipment sales person named Gary Adams, whose dad happened to be a professional player, came up with the idea of a new innovative product to help golfers improve a critical part of their came: a 12-degree driver made of stainless steel that had a different look and sound than that of traditional wood, and was cast to put more weight on the perimeter to offer what every golfer wants: more forgiveness on bad shots and a lower center of gravity to create more lift. Despite eventual rapid growth and fame in the game, true to his roots, Adams stuck to his guns to make sure the company maintained faithful to what golfers were looking for in an authentic golf club. The vision was to combine innovation to help players improve their games while remaining faithful to the traditions of the game and clubhouse. That commitment has driven its success through decades of change by living and breathing the game with its customers and community in the club house, on the course, and at tournaments around the world. 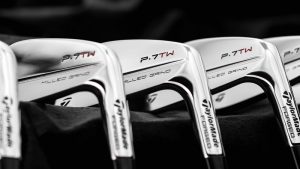 TaylorMade is rated at the top of the game on many levels, but the brand equity rests mostly on the community of people its innovation, integrity and passion for the game has brought into its fold—golf legends such as Rory McIlroy, Dustin Johnson, Jon Rahm, Jason Day, and Tiger Woods, not to mention a network of over 1,500 PGA professionals and TaylorMade team members who work with players where they play–at their local clubs and courses–to continually learn from, soak up, and breathe innovation into the community to create the next generation of players. In fact, it was PGA Tour players Ron Streck and Jim Simon who helped put the company on the map when they used it to play the 1979 MONY Tournament of Champions. The original $24,000 loan that funded the company was beginning to look better and better, so much so that the company was eventually purchased by Adidas, which owned it for a while until selling it to a major private equity company.  The new owners kept the president credited with continuing the brand’s impressive successful run based on a core commitment to the people, the game, and never-ending ingenuity.

Authenticity cannot be faked or purchased. More than anything TaylorMade has made itself the brand of the grass roots and professional golfer, the people that regularly play at their clubs or favorite courses, enjoy spending time in the pro shop discussing new ways or equipment to improve their game. These aren’t the players that get off on the flashy side of the game: they have their eye on the course.

The company’s mission statement tells the story: competitive, passionate, innovate, authentic. TaylorMade is the core golfer’s golf manufacturer: its customers live and breathe the sport, from the clubhouse to the pro tour. TaylorMade focuses relentlessly on the game—its social media are all about the game, techniques, and equipment, how to improve, and much less so about the lifestyle. The company made its name on no-nonsense, relentless technical innovation to help players improve their games, with a continuous “focus on what lies ahead”—the steak with less of the sizzle. 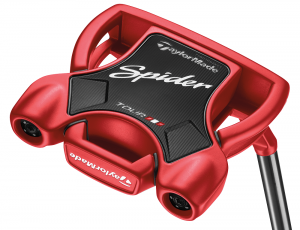 The TaylorMade customer is above all a lover of the game, the culture, and is passionate about ways to improve their own game. TaylorMade golfers live the sport, often as members of golf clubs, and can be found hanging around the pro shops looking for the newest or best equipment. The brand skews no-nonsense.

The TaylorMade customer demographics largely mirror the demographics of the core golfer, higher income, generally well educated, and more likely to be male than female.

True to its commitment to the game, TaylorMade pours money into sponsorships, endorsements, and in whatever it believes supports the values of the game to the clubhouse or course level. It’s roster of equipment endorsers include Tiger Woods, Ricky Fowler, Dustin Johnson, Rory McIlroy, Jon Rahm, Jason Day, and the female golf sensation, Sung Hyun Park. . The company is supported by over 1,500 PGA professionals and has professionals work with players at the local groups connecting with people at the grass roots of the game to help cultivate a new generation of golfers.

Pro Am can logo club grips and golf balls for TaylorMade products. It also offers a TaylorMade corporate outing program in a convention hall, hotel, an organization’s facility, in the U.S. and overseas. The program can include a mobile hitting bay, putter or driver fitting, with items based on the desired price point for the event and audience. ProAm also provides experts to run the TaylorMade outing.

Pro Am is committed to supporting ASI and PPAI members as well as incentive, recognition, loyalty, marketing and consulting companies that bring rewards, recognition, event, and gifting solutions to clients. As an authorized wholesaler of TaylorMade, ProAm can offer its partners significant discounts off retail as well as extensive expertise on selection, customization, and personalization of the experience.