Key products: Hero 8 Black and Max; Hero 7 Black and Silver, and a YouTube community with over 8.5 million subscribers.

The GoPro Plus subscription program: with hundreds of thousands of members, it provides cloud storage, a replacement program for broken products, and discounts on accessories. 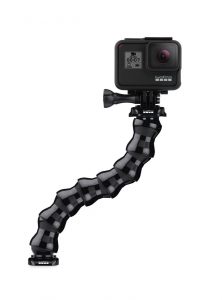 GoPro was founded in 2002 by Neal Woodman who, with a group of friends on a surfing trip, identified the need for a camera they could strap on to themselves to film their surfing exploits up close. Through money made selling beaded belts and camera straps out of his car, and with some help from his family, Woodman launched GoPro to develop a line of 35mm strap-on cameras enabling extreme athletes to film themselves while engaged in their sport. Launched before the digital age, GoPro literally invented to category of action cameras, was ready when the digital revolution arrived, and has held on to market leadership ever since, despite the advent of smart phone cameras. When the company lost momentum after its successful public offering, Neal Woodman, the founder, took the company back to its roots to focus on the camera technology and making it easy to create, edit, and share highly immersive content both within one own’s community and with the broader world of GoPro social media followers.

GoPro says it aims to transform the way people visually capture and share their lives. The original idea of enabling athletes to capture themselves in their sports is now about people capturing themselves in their lives and activities with family and friends. Today, the brand stands for helping people video themselves in whatever their activities, from the extreme to the mainstream. Through its robust media-sharing platform, GoPro enables people to share their passions through most the most immersive and engaging of visual and audio content. What began as an idea to help athletes self-document themselves involved in their sport has emerged as the standard for how people capture themselves engaged in their interests, whatever they may be. 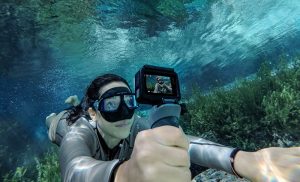 Community is a major part of the company’s soul, both from the standpoint of creating an enormous social media platform of people who like to visually share their lives and in terms of giving back. GoPro’s employees are encouraged to engage in numerous volunteer activities. In addition, GoPro has a rigorous process for making sure that its suppliers live up to its standards for business conduct, including the treatment of employees.

The company’s tag line “Be a Hero” tells the story. GoPro customers thrive on excitement, live active lives and enjoy rugged adventure. They take pleasure in sharing their exploits with like-minded friends and even wider audiences through GoPro’s extensive social media networks. They’re impassioned hobbyists who take the extra time to select the right camera gear and learn what’s necessary to edit and load their content to share.

The GoPro customer skews male, young or young in mindset, with customer demographics defined more by their passions than by their income and education, since even the most expensive gear is accessible in price to most Americans. 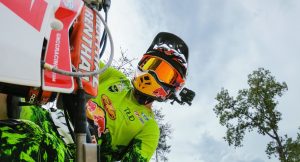 GoPro has a rich social media influencer and content sharing platform that supports a wide variety of extreme athletes. It holds its annual GoPro Mountain Games enabling customers to compete alongside professionals.

GoPro actively encourages its customers to share content through an ongoing contest on its web site. It even provides a library of copyright-free music that people can use so that there is no need to obtain permissions or pay royalties for soundtracks.

In addition to encouraging employees to pursue numerous corporate social responsibility initiatives, GoPro provides support for such causes as Panthera, an effort to save tigers; Skate Like a Girl, to build community and break down stereotypes through skateboarding; and the Crop Trust, to preserve crop diversity, among others.