Manufacturer and retailers of jewelry, primarily bracelets, necklaces, charms, earrings, ankle bracelets, and custom-made lines for charities and other organizations.

Alex and Ani is not only a jewelry company, it’s a state of mind. The company was borne of the passion and roots of its founder, Carolyn Rafaelian, daughter of Armenian immigrants who made Rhode Island their home and built a thriving jewelry manufacturing business. Her goal was to create “bangle bracelets, necklaces, earrings and rings that adorn the body, enlighten the mind, and empower the spirit,” using the same factory her father founded in 1966. The brand quickly took off when it produced an apple-themed neckless for the actress Gwyneth Paltrow to celebrate the birth of her daughter, Apple, which got picked up in the media, producing many orders. The company started its retail expansion in 2009 and now has stores in Europe and Japan. 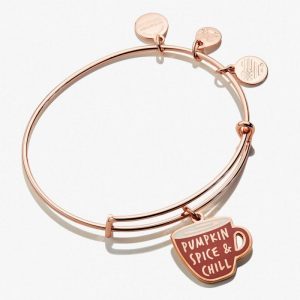 Receiving capital from various investors, the company’s sales started to soar in 2010 from about $5 million to over $500 million. Alex and Ani launched a Charity by Design Line, which donates 20% of sales to charity and later began to produce custom jewelry for Disney souvenir stores. When the Statue of Liberty was undergoing renovation, the founder Rafaelian bought the copper from the original statue and created a Liberty Copper collection.

Alexi and Ani is a brand steeped in spiritual wisdom and a deep respect for tradition and ancient roots that both informs the design of its jewelry; its commitment to giving and sharing and to its home town of Cranston and the state of Rhode Island. It’s web site reads: “We are the original meaning makers. Sharing ancient wisdom. Interpreting into modern design.” The company describes itself as a lifestyle brand dedicated to high quality and beauty, creating hand-crafted jewelry that promotes a sense of consciousness and unity by drawing upon what is pure, natural and created near the company’s roots in Rhode Island. All its products are made from recycled materials, supporting its commitment to sustainability. The vision of the company is to connect “its wearers to a greater purpose.” 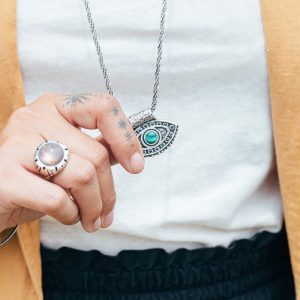 The company is an innovator not afraid to take risks. As a brand known largely by women, it counter-intuitively ran a major Super Bowl ad campaign in 2014 and was one of the first to employ mobile point-of-sale systems in its stores to help personalize the shopping experience for each person based on information available at the salesperson’s fingertips.

Alex and Ani describes its customers as “alive with purpose. Strong and unafraid to speak. Leading the narrative. Carrying light. Impacting communities. Empowering the world.”

Alex and Ani has a line for men, but its demographics span women of all ages because of its wide range of price points and collections and a brand that strikes a chord with people across all walks of life and education.

Naturally, Alex and Ani puts a lot of support into Rhode Island activities, over the years providing unique charms for events such as the Newport Folk and Jazz Festivals as well as for the New England Patriots and other New England teams. It also was a sponsor of the film director David Lynch’s multi-media exploration of culture, the “Festival of Disruption.” 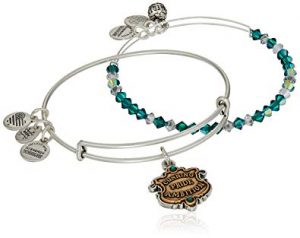 Alex and Ani has launched a new “Create Your Own” line of kits that enable people to create their own bracelets, necklaces, and rings through different combinations of gold and silver charms.

Castle Merchandising has had a long history of demonstrating its support for the incentive, recognition, loyalty, promotional, and gifting companies who bring solutions to corporations. We belong to the Advertising Specialty Institute (#44315); Promotional Products Association International (#269808) and Sage #65150. 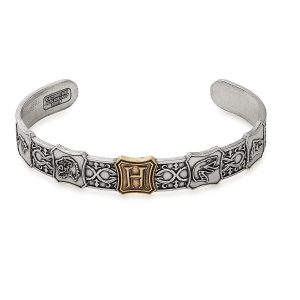 Alex and Ani recently introduced a new line celebrating the TV show, “Friends,” and has collections for “Game of Thrones” and “Harry Potter” fans.